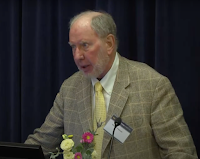 By Ford School
Professor of political science at Harvard University, Robert Putnam was born in 1941. Although he did not come up with the idea of social capital, it was thanks to his work that it became widely accepted and began to influence several professions, including that of social work. Social scientists like Durkheim, Bourdieu, and Coleman employed the idea before Putnam. Putnam's 1995 article Bowling Alone introduced social capital outside of the sociology field. A few years later, in 2000, his book with the same title helped the idea gain enormous popularity.

Putnam developed three arguments in both his article as well as his book .

Putnam continues by asserting that social capital is crucial for a variety of reasons, including its impact on public safety, improved health, and higher levels of (informal) care. He concludes by outlining a wide range of phenomena that show social capital has been declining for many years. This includes things like the decline in the number of people who belong to trade unions or churches, the drop in election turnout, and the rise in the number of people who prefer to play sports alone rather than with a team. Hence the title of the book and the essay as well. Bowling's individualization serves as a metaphor for a broader individualization process. Concern over this social capital loss should lead to investments in social capital renewal. In a more recent book, Better Together, Putnam details how this can be done and is done.
Similar to other fields, social work has been invaded by the idea of social capital, which has rekindled interest in social networks and their impact on social support and quality of life for both individuals and communities. One factor is, for instance, that building social capital through bonding is important for survival but wonderful for advancement. In other words, new social relationships with different groups are desired above contacts with people or neighborhoods that share many characteristics in order to better the position of a person or neighborhood. Social progress and social capital appear to be mutually exclusive. The idea also meshes well with the person-in-environment approach and the ecological tradition in social work.
Post a Comment
Labels#Robert Putnam, #Social Work, #Social Work History
Share
Newer
Older