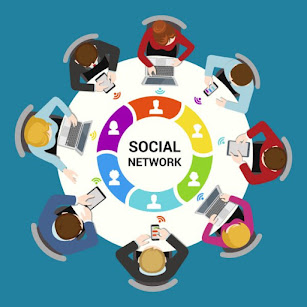 Constructive Program is a term coined by Mahatma Gandhi to describe one of the two branches of his satyagraha, the other being some form on nonviolence resistance, Civil disobedience sometimes recognized the value of the constructive program and used it successfully as early as the first year of his campaigns in South Africa, 1894. In fact, the value of CP in the struggle for the independence of India cannot be overemphasized, as he described civil disobedience as "an aid to the constructive effort."  Gandhi wrote to his friend and supporter, Jamnalal Bajaj, saying, "My real politics is constructive work

Most of us know of Gandhiji as the man who led our struggle for freedom from British rule. But did you also know that while fighting for political independence, he was also wanting to prepare the people for a new and just social order so that Independence, when it came, would be "complete". In other words, his was a struggle for Poorna (or complete) Swaraj for all irrespective of their caste, class or religion. This meant building up or constructing the nation from its smallest unit (consisting of self-reliant individuals living in independent self-reliant communities) upwards, through nonviolent and truthful means.

Gandhi made a significant contribution to the world by his revolutionary ideas and concepts such as satyagraha(truthful force), Sarvodaya(welfare of all), Shantisena(peace brigade). He has also developed other key concepts such as trust, non-violence(Ahimsa), ends and means, non-possession, trusteeship, vows, lifestyle, constructive work, basic education, swadeshi and gram swaraj. All these ideas and concepts have been gaining currency with the passage of time. Vinoba believed that Sarvodaya is based on the threefold programs that would revolutionize the life of man and build a new world in which there is equality, non- discrimination, non-exploitation, poverty alleviation and ultimately leading to non-violence and peaceful co-existence.

To make political independence more meaningful, there were certain weaknesses in the Indian social structure which needed to be strengthened. Conflicts between different religious groups (mainly Hindus and Muslims), untouchability, fear arising out of ignorance, economic disparities, decaying condition of our villages, the plight of Adivasis, kisans and the laborers, and the position of women were areas of major concern. In a small booklet, entitled Constructive Program: it's meaning and place, which he wrote on the train from Sevagram to Bardoli, he appealed to all Congressmen and others engaged in the freedom struggle to address these issues.

The constructive programs developed by Gandhi resulted in enlightened activities and reforms. Following Mahatma Gandhi, Vinobha under his stewardship launched Bhoodan (land gift), Grandin(village gift) in 1951. The movement assumed a new dimension under the leadership of Jayaprakash Narayan with his declaration of Jeevandan(life gift) which means dedication of one‟s whole life and energy to the cause of the movement.

The constructive programs were:

Gandhi was not a social worker in the strict sense of the term. But Gandhian social work is basically concerned with the reconstruction of society based on truth and non-violence and welfare of all the last and the lowliest, the poorest of the poor(Antyodaya). The lowliest, the poorest of the poor(Antyodaya). The vulnerable sections of the society are the worst sufferers in the catastrophic situations such as fires, epidemics, famine, wars, not to speak about the welfare needs of the disadvantaged sections and the problems relating to social injustice, economic

The the basic objective of Gandhian social work was too fixed out the basic causes and conditions out of which, the above problems would arise. The method of social action would deal with such problems to rectify the discrepancies in the social system keeping in view the truth, social injustice, and non-violence. It is also necessary to bring about fundamental changes in the institutional framework and the values of society. Social action aims at collective effort and involvement of the people directing collective energies towards combating social problems. The dignity and self respect of the individual is in jeopardy, the laws would be amended to safeguard the interests of the weaker sections and poverty groups. Amm

M. Mazumdar says: “ In the course of many of his activities of a social welfare nature, Gandhi had developed certain principles, practices and procedures which harmonize remarkably with  the principles and techniques of pre-professional social work as it has developed in the western world settlement houses, social group work, social case work, community welfare organization, social legislation, social action.”

Social work is more than a method. As Witmer calls it, it is a „social institution. Present-day India is largely influenced by a series of social thinkers and philosophers of the past who have shaped the destiny of India. Gandhi was one of those who exerted his influence on the ideas and philosophy of Indians over a period of thirty years. He introduced basic changes in Professional social work developed an interest in spirituality and its application in needs assessment and practice intervention. Canada (1997) pointed out the following areas of intervention for the application of spirituality in social practice: 1) The worker links personal and professional growth in working dialogue with the client about morality, the worker‟s appreciation of religious and non-religious expressions of spirituality in the resolutions of life crises, using spiritual resources relevant to the client. Spiritual values can help an individual to understand ultimate reality and universal justice (Sermabekian, 1994). Spirituality influences client beliefs regarding the change (Karnik & Suri, 1995). Gandhi undertook constructive work in a spiritual perspective.

Social work profession devised a code of professional ethics. Ethics refers to the values, norms, and moral judgments that guide the professional behavior of social workers. The social work ethical system included such moral principles as non-judgment, acceptance, confidentiality, individualization, and respect for colleagues. The social work code of ethics aims to discipline professionals for extreme misconduct. In the initial stages, the code did not inspire. Social work in its various forms addresses the multiple, complex transactions between people and their environments. Its mission is to enable all people to develop their full potential, enrich their lives, and prevent dysfunction. Professional social work is focused on problem-solving and change(Chadha, Y. 1997). As such, social workers are change agents in society and in the lives of the individuals, families, and communities they serve. Social work is an interrelated system of values, theory, and practice. “

Social work bases its methodology on a systematic body of evidence-based knowledge derived from research and practice evaluation, including local and indigenous knowledge specific to its context. It recognizes the complexity of interactions between human beings and their environment and the capacity of people both to be affected by and to alter the multiple influences upon them including bio-psychosocial factors. The social work profession draws on theories of human development and behavior and social systems to analyses complex situations and to facilitate individual, organizational, social, and cultural changes. Mahatma Gandhi wrote, “I have now heard from Dr. Jayaram. He has come to the conclusion that Bhole never had any tuberculosis but whether he had any or not he is certainly now entirely free and that he should now leave the Sanatorium and take to some social work or continue his studies so as to take his mind off himself.