What Is Public Interest Litigation? Explained.

A legal action brought in a court of law for the enforcement of public interest or general interest in which the public or a class of the community has a financial or other interest that affects their legal rights or responsibilities.' 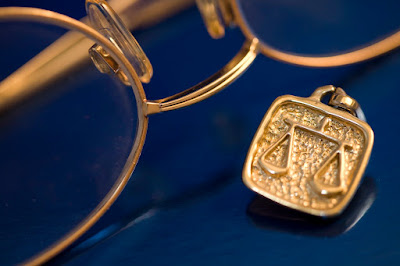 (According to Black's Law Dictionary)

To put it another way, public interest litigation is simply fighting for someone else's cause, even if one has no personal stake in it. PIL, or social action litigation, as Upendra Baxi prefers to refer to it, is a new type of litigation launched by the Supreme Court of India to allow the impoverished and vulnerable parts of society to approach the High Court and Supreme Court to assert their fundamental rights. Mr. Justice established and pioneered the Public Interest Litigation (PIL) process.

P.N. Bhagwati has risen rapidly in our country, relying on the courts for support and inspiration. According to the Supreme Court of India, public interest litigation, which is the strategic arm of the legal aid movement and is intended to bring justice within the reach of the poor masses, who make up humanity's low-visibility area, is a "totally different kind of litigation" from ordinary traditional litigation. In contrast to regular litigation, public interest litigation is not used to enforce one person's right against another.

Locus Standi is a Latin term that refers to a person's legal right to seek judicial redress if he or she has suffered or will suffer a legal injury as a result of a breach of his or her legal rights. Only the individual who has been harmed can appear in court and seek judicial redress, according to the classical concept of locus standi. Our Supreme Court, on the other hand, has given a fresh interpretation to the concept of locus standi, loosening the traditionally stringent understanding that only the complainant can bring a case before the court. In the case of S.P. Gupta & others vs Union of India, the Supreme Court defined locus standi as "where a legal wrong or injury is caused to a person or a determinate class of persons by reason of a violation of any constitutional or legal right, or any burden is imposed in contravention of any constitutional or legal provision without authority of law, or any such wrong, legal injury, or illegal burden is threatened and any such wrong, legal injury, or illegal burden is

This broadening of the rule of locus standi, according to Justice Bhagwati, is largely responsible for the development of public law because it is the only available judicial remedy that gives law meaning and purpose; otherwise, law would remain merely a piece of paper, a teasing illusion, and a promise of unreality. Only by liberalising the rule of locus standi can the corridors of power be adequately policed and violations of the law avoided.

PIL's characteristics can be summarised as follows based on the foregoing discussion:

Who Can File a PIL

Any Public Spirited Person, such as
1) Social workers
2) Lawyers7
3) Journalists
4) Voluntary Organizations
Can file a PIL under Article 32 in supreme
Court or under Article 226 in High court

Drawbacks in the Indian context