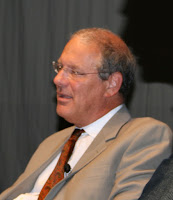 By https://www.flickr.com/photos/jaapstronks/ - https://www.flickr.com/photos/jaapstronks/1437106661/, CC BY-SA 2.0, https://commons.wikimedia.org/w/index.php?curid=7935580
Theodore Dalrymple (1949) is the pen name of Anthony M. Daniels, a retired British psychiatrist who worked in British jails and hospitals as well as certain African nations. His book Life at the Bottom: The Worldview That Makes the Underclass, published in 2001, helped him gain notoriety. He launched a harsh attack on Western welfare states as a result of his encounters with patients, many of whom were from underprivileged areas. According to Dalrymple, the most significant societal issues in Western nations, such as crime, drug misuse, an aggressive youth culture, and hooliganism, are caused by the nihilistic and self-destructive behavior of individuals who are unsure of how to live their life. Politically, the left has always allowed this behavior by emphasizing structural causes for social ills and poverty rather than focusing on personal explanations for social needs. A form of dishonesty is the medicalization of social demands by classifying them as mental disorders. Professionals must have great tolerance and empathy for the issue in order to avoid hiding the true causes and persuading their clients to lead a different life.

Dalrymple turns around some of the fundamental views in social work

Dalrymple challenges some of the core ideas in social work. According to him, experts are distracting people from taking personal responsibility for their current predicament by focusing on social requirements. Additionally, people are rendered excessively reliant on institutions. Because of how these social workers and their services function, the underclass continues to exist.
This is also Dalrymple's viewpoint on drug usage, which he covered in his 2006 book Romancing Opiates. He contends that drug addiction does not cause crime, but rather has the opposite effect. More often than not, crime is the cause rather than the effect.

The theories of Dalrymple are controversial and fundamentally at odds with those that originated and took hold in the field of social work in the latter half of the 20th century. That generation had a lot of compassion, good intentions, and empathy for the less fortunate members of society. There was no use of harshness or repression. These attitudes are now transformed by Dalrymple into submission and indifference. For many social workers, this may come as a culture shock, but there are many similarities between these beliefs and those of, say, Octavia Hill a century ago. The quote from Octavia Hill that reads, "It's not the housing that has to improve, but the housing practices of poor residents via education," might have just as easily come from Dalrymple. The early social workers believed that poverty was frequently caused by bad decisions, bad habits, and a lack of personal responsibility. Therefore, they contended, people should be assisted in altering their way of life and kicking harmful habits.
Right-wingers and conservatives have praised Dalrymple and his writings to support their claims that the welfare state has turned into a land of Cockaigne where everything is, like in Breughel's paintings, free for all. Personal accountability suffers as a result. Instead, they advocate for increasing the availability of conditional care and decreasing social work.